Not the one where you drop something on the floor and can still eat it within five seconds. No, this is another powerful method that’s been proven effective for many people who struggle to stay motivated. I won’t talk your ear off about it, and you can Google more information if it interests you, but let me give you the basic idea.

Mel Robbins created the Five Second Rule™ as an easy motivational system with powerful effects. Another simple, silly-sounding habit, but even silly things can combine to be highly effective. Tiny habits accumulate and as a result, we stay productive. 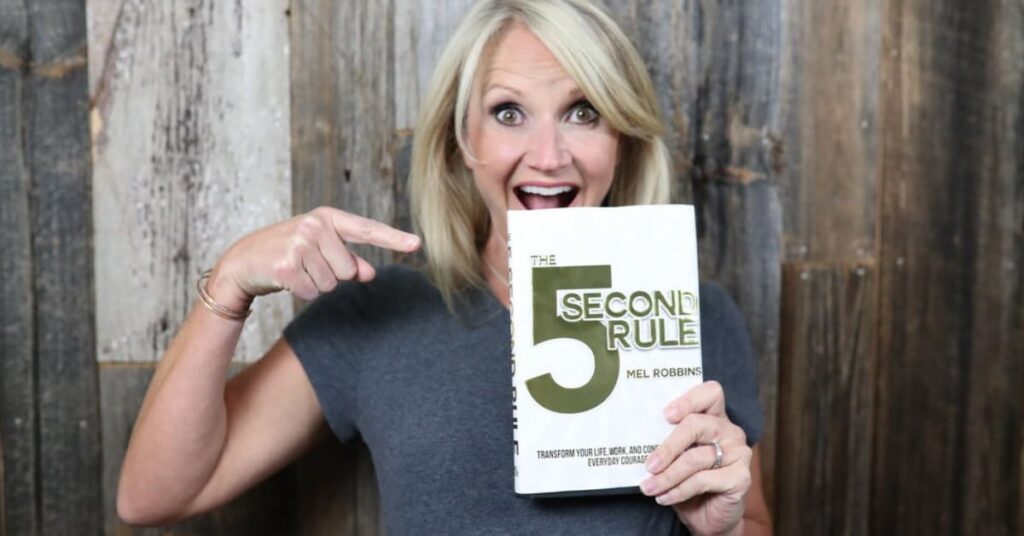 After hitting her absolute rock bottom, Mel Robbins arrived at the idea. She had been in bed for days, unable to get up and struggling to find a reason to live. While she was laying there, depressed and convinced things weren’t going to get better, a NASA rocket was launching on TV. The countdown began: five, four, three, two, one, BLAST OFF!

The way Robbins tells it, this was the moment she realized that she could do the same thing to get up and out of bed. She counted down from five and lifted herself up at one. “Amazing!” she thought, and so applied it to other things she didn’t want to do. Eventually, she did it for everything, and was surprised to find that she got everything done!

Robbins explains that there’s a psychology to counting down instead of up. When you count down, you reach an end. Something needs to happen after we hit one. Our brain is expecting it. It’ll be more inclined to do something in order to fill that expectation if nothing happens. She wrote a bestselling book about it and is now a motivational speaker making millions, so maybe she knows a thing or two about what she’s saying.

Take this motivational dose any time you don’t feel like studying, which is probably going to happen a lot. Trust me, I’ve used this trick, too! It’s weird, but it works.

Go back to Study with Me

Categories: Study With Me

You have already reported this